There is an intrinsic consumer prejudice against the use of recycled materials. We want new, not second-hand. We want a new starter for our car, not the one pulled from a junkyard. Manufacturers are of the same opinion, especially when it comes to making batteries from recycled materials.

As much as JB Straubel tells us that his new company, Redwood Materials, can recover 95% or more of the raw materials used to make lithium-ion batteries, that is only part of the equation. The other part is to convince battery manufacturers to use these recovered materials to build new batteries. “In general, people’s impression is that recycled materials are not as good as virgin materials,” Yan Wang, professor of mechanical engineering at the Worcester Polytechnic Institute, told IEEE Spectrum. “Battery companies are still hesitant to use recycled materials in their batteries. “

A team of researchers led by Wang, which included members of the U.S. Advanced Battery Consortium and battery company A123 Systems, demonstrated that battery and car makers don’t have to worry. The results, published in the journal Joule, show that batteries with recycled cathodes can be as good, if not better, than those using new materials. In the summary of their report, the group says:

“Recycling used lithium-ion batteries plays an important role in reducing raw material shortages and environmental problems. However, recycled materials are deemed inferior to commercial materials, preventing the industry from adopting recycled materials in new batteries. Here we demonstrate that Recycled (NMC 111) has superior cycle rate and performance verified by various industry level tests. Specifically, 1 Ah cells with recycled (NMC 111) have the best reported life cycle result for recycled materials and allow 4,200 cycles and 11,600 cycles at 80% and 70% capacity retention, which is 33% and 53% better than state-of-the-art, commercial (NMC 111)

“Meanwhile, its rate performance is 88.6% higher than commercial powders at 5 ° C. From the experimental and modeling results, the unique microstructure of the recycled materials allows superior electrochemical performance. The recycled material outperforms the commercially available equivalent, providing a green and sustainable solution for used lithium-ion batteries. “

The recycled material showed a more porous microscopic structure that allows lithium ions to enter and exit better. The result? Batteries with an energy density similar to those made with commercial cathodes, but which have also shown up to 53% longer life. The cathodes were made using a patented recycling technique that Battery Resources, a startup co-founded by Wang, is now marketing.

The research is encouraging

Although recycled batteries have not been tested in cars, tests have been carried out at relevant industry scales. The researchers made standard 11-amp hour handheld cells that were made from materials of the same density as electric vehicle batteries. A123 Systems engineers performed most of the testing, Wang said, using a protocol designed by the USABC to meet the commercial viability goals of plug-in hybrid electric vehicles. He says the results prove that recycled cathode materials are a viable alternative to virgin materials.

Most battery recyclers produce separate items for sale to battery material companies, which in turn will manufacture the high quality materials for car and battery manufacturers. But the real value of an EV battery is in the cathode, Wang says. Cathode materials are proprietary combinations of metals, including nickel, manganese, and cobalt, which are transformed into particles of specific sizes and structures.

Battery Resources recycling technology produces various ready-to-use NMC cathode materials according to the wishes of an automobile manufacturer. This means that selling the recycled materials could generate a profit, which recycling companies say can be difficult to do. “We are the only company that gives an output that is cathode material. Other companies manufacture components, so their added value is less, ”adds Wang.

The company already sells recycled materials to battery manufacturers on a small scale. It plans to open its first commercial plant, which will be able to process 10,000 tonnes of batteries, in 2022. In September, it raised $ 70 million, with which the company plans to launch two other facilities in Europe by the end of 2022. Overall, the company expects to have 30,000 tonnes of recycling capacity by the end of next year from the three sites on a commercial scale. The production of cathode materials will be added to these sites in 2023.

On the company’s website, CEO Michael O’Kronley says the company expects Europe to be a bigger market than the United States. “Europe has the same concerns as the United States about the retention of critical battery materials in the supply chain.” He adds that EU lawmakers are currently mandating battery recycling on OEMs and will likely mandate the use of recycled materials in batteries as well. The majority of critical battery materials are currently produced in Asia, but O’Kronley says the industry is moving from a high concentration in specific locations to a more global operation.

“Whether it’s the Asian company moving to Europe or North America, or new entrants coming in and supplying Europe and North America – we’re a newcomer to supply those regions – the supply chain for battery materials will definitely need to be localized. We are part of it.

O’Kronley said the company is in talks with a number of OEMs and consumer electronics companies, but declined to provide details. However, he said vehicle OEMs and battery manufacturers have already taken the company’s cathode material and built it into batteries to test them and compare it to “virgin” cathodes.

“It is Battery Resourcers’ belief that in the long run you need a vertically integrated supply chain and to be able to extract the most value from those used batteries. We are moving upstream in the manufacture of these engineered materials which go straight back into a new battery.

The world is focusing intensely on recycling electric vehicle batteries, in part to counter the misinformation that old batteries are simply dumped in landfills, a narrative promoted by those who do not want to see the electric vehicle revolution succeed. But if a recycler like Battery Resources can actually deliver salvaged materials that are better than new, that argument pretty much disappears.

Sophisticated readers will point out that many companies are moving away from NMC 111 technology and turning to LFP chemistries. It does, and no doubt Battery Resources is already considering ways to recycle these batteries as well.

Got a tip for CleanTechnica, want to advertise or suggest a guest for our CleanTech Talk podcast? Contact us here. 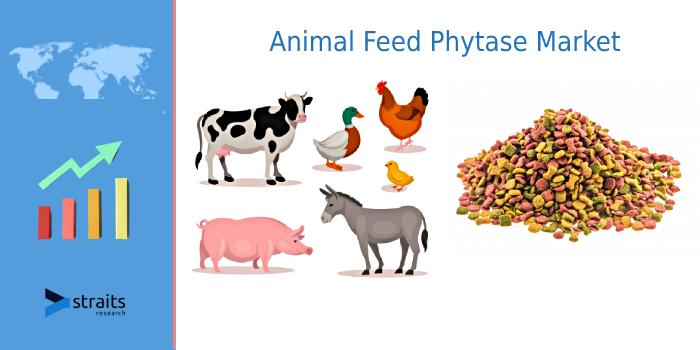