The mantra of “OPEC+ cuts” is set to permeate the market endlessly between now and next week’s producer alliance meeting, giving bulls hungry for upside action a chance to offset some of the crude losses before the end of August.

The situation could be quite the opposite since the Federal Reserve is not signaling any backsliding in its hawkish push to suppress .

Crude prices extended their gains from a week ago in Monday’s Asian session on expectations that the Saudi Arabia-led Organization of the Petroleum Exporting Countries (OPEC+) and its ten oil-producing allies Russian-led oil companies will announce production cuts when the group meets in September. 5.

OPEC+ production cuts aside, confidence in oil was also boosted by renewed conflict in Libya and rising demand amid soaring natural gas prices in Europe that contributed to compensate for the gloomy growth prospects in the United States.

Violent clashes in the Libyan capital that killed 32 people over the weekend have raised fears the country could slide into full-blown conflict, which could again disrupt crude supplies for one of the biggest producers. of OPEC.

Oil prices have been on an upward trajectory lately. A wave of support was expressed on Friday by OPEC+ member states, including Iraq, Venezuela and Kazakhstan, over the willingness within the alliance of 23 oil producers to step in and restore the equilibrium in the oil market.

A week earlier, the de facto leader of OPEC+, Saudi Arabia, said the group could cut production “at any time”, after its secretary general, Haitham Al Ghais of Kuwait, suggested that limiting production could be an option to restore market balance.

“Balanced” is OPEC+’s slogan for production cuts, something it deems necessary whenever oil prices risk a continued decline. After highs near $140 a barrel in March, the global benchmark for Brent crude has fallen to around $100. U.S. crude, meanwhile, is hovering below $95, from highs above $130 six months ago.

But the problem with any OPEC+ production cut is that it will raise not only the price of oil but also the pump price of gasoline, which the Biden administration is working to prevent.

Since last November, the Biden team has reduced the United States’ national emergency oil stockpile to its lowest level in 37 years to add up to one million barrels per day of supply to the physical market, which which would make up for any crude shortages experienced by U.S. refineries.

The net effect of the declining Strategic Petroleum Reserve is a U.S. market that is practically swimming in oil, so much so that some of the emergency oil ends up in the form of U.S. crude exports. Two weeks ago, US crude shipments hit a record high of 5 million barrels a day, also adding to global supply.

This is what concerns OPEC+. The surge in oil exports from the United States – which is in no way affiliated with the alliance nor can it be in the future due to the structure of US competition laws – could reduce markets held by OPEC+ aligned countries.

In terms of crude production itself, the United States produced 12 million barrels per day last week.

This practically meant that nearly a full day’s production of US oil was now exhausted in terms of exports, which was serious competition for OPEC+.

The key WTI bullish level to watch will be a breakout towards $97.06, said Sunil Kumar Dixit, chief technical strategist at SKCharting.com.

“If WTI is accepted above this level, the bullish rebound may continue towards the weekly Bollinger middle band of $104.40,” he said.

On the gold front, prices for the yellow metal fell to a one-month low below $1,730 an ounce on Monday after persistent hawkish signals from the Fed that pointed to bigger rate hikes from the from the central bank to ensure that inflation does not rise. again to four-decade highs. 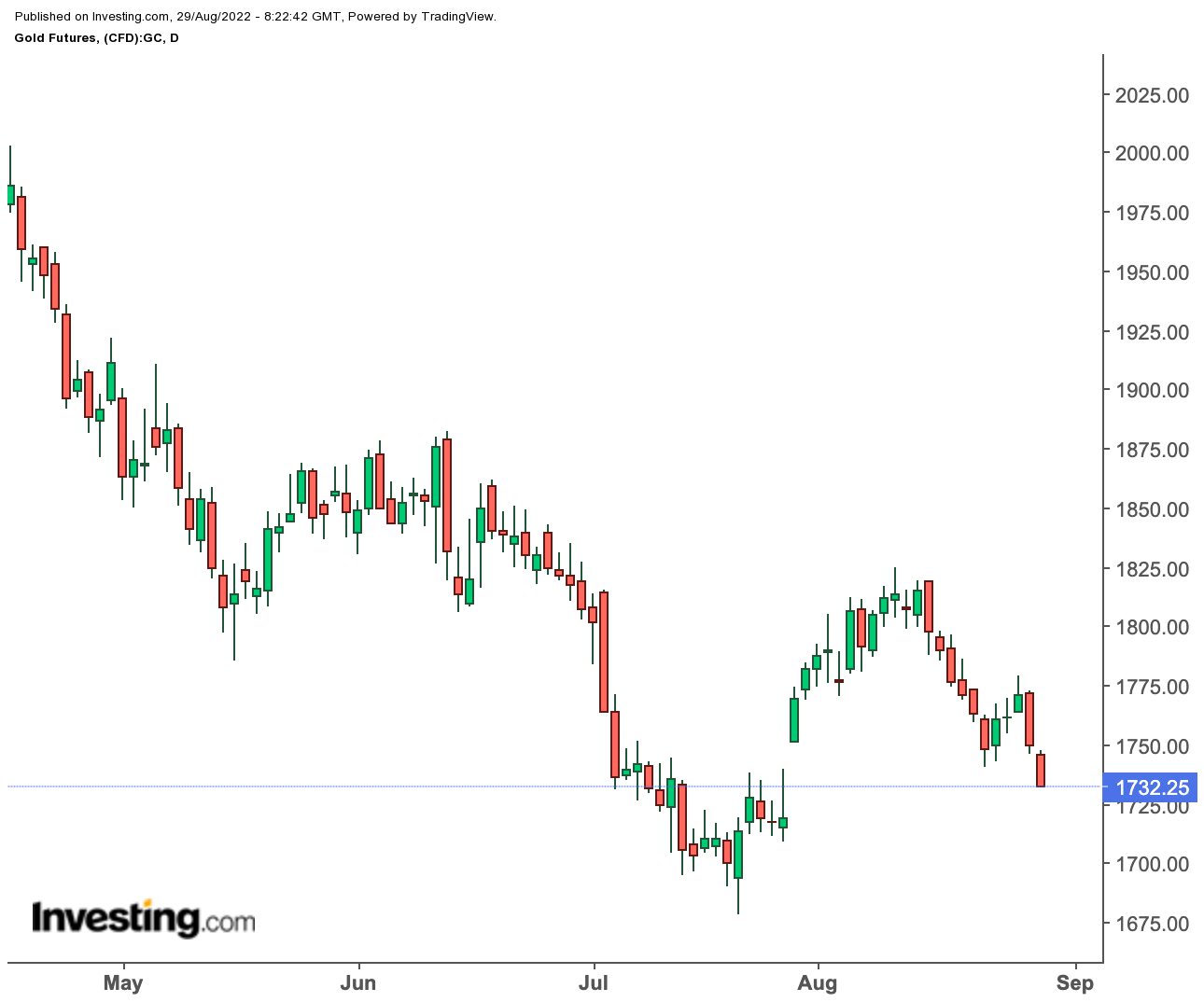 Gold prices have tumbled since they dismissed any hint of a dovish tilt from the central bank and warned that U.S. consumers and businesses will face higher interest rates as that inflation increases. The Fed Chairman also said the country’s economic growth would likely slow as a result.

Powell’s comments spurred a rally in the dollar, with trading around 20-year highs on Monday. The strength of the dollar, combined with the prospect of higher interest rates, is weighing heavily on gold’s outlook for the year.

More than 60% of traders now expect — the upper bound of the forecast — to be in September. Comments from several Fed officials suggest that US interest rates could end the year well above 3%, falling from the current rate of 2.25% to 2.5%.

This week, attention turns to Friday’s deadline, which could give the Fed even more room to raise rates.

Rising interest rates have largely undermined gold’s gains this year, although the yellow metal posted gains at the start of the Russia-Ukraine conflict. Gold has traded nearly 5% lower in the past 12 months and is down nearly 20% from 2022 highs.

Disclaimer: Barani Krishnan uses a range of viewpoints outside of his own to bring diversity to his analysis of any market. For neutrality, it sometimes presents opposing views and market variables. He does not hold positions in the commodities and securities he writes about.

Next Germany says gas stocks are growing faster than expected 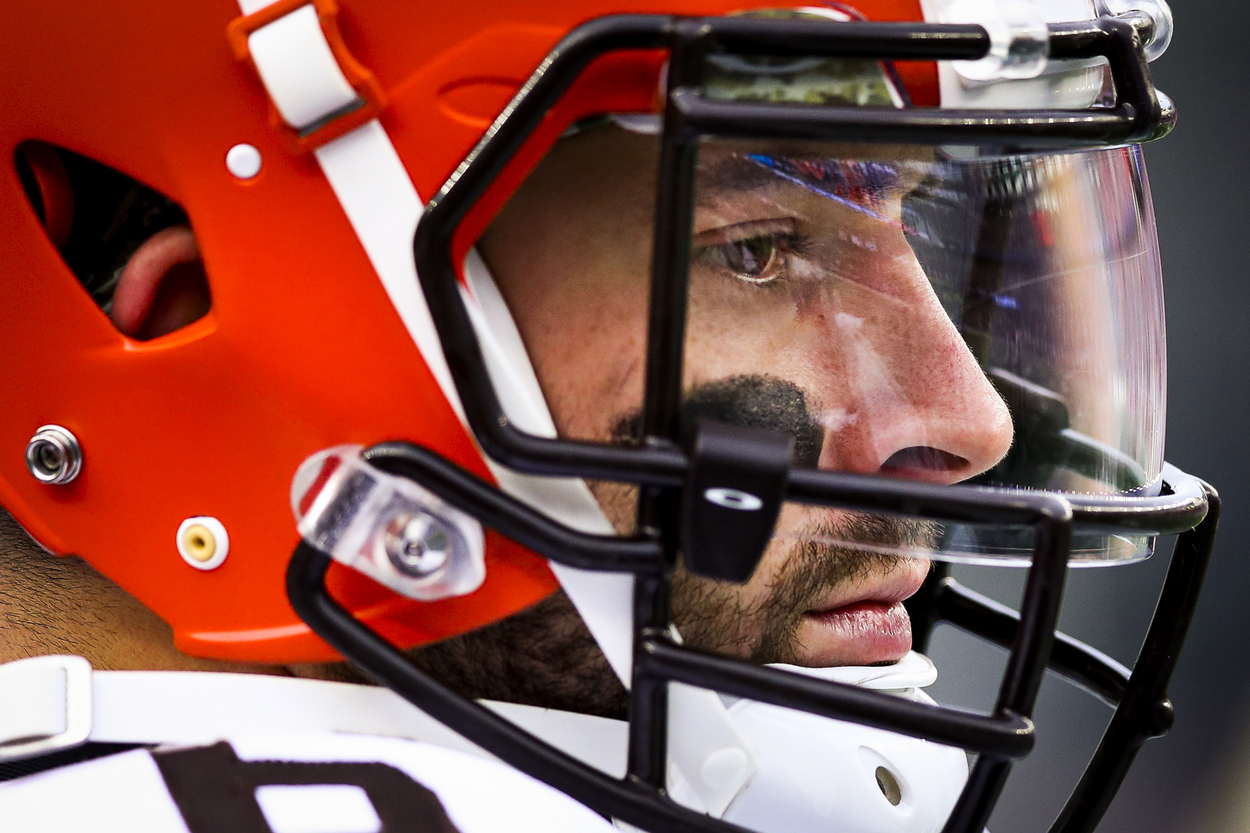 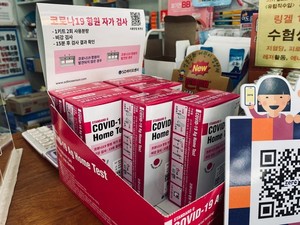 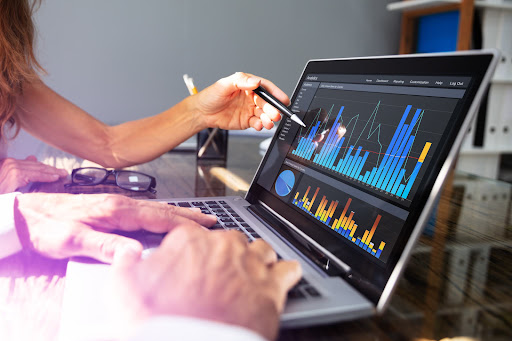