Paul Samuelson, the first American economist to win the Nobel Prize in Economics, once said, “I think it is more important for an economist to be wise and sophisticated in the scientific method than for a physicist, because with controlled laboratory experiments possible, they practically guide you; you could not go astray. Whereas in economics, by dogma and misunderstanding, it is very difficult to go astray.

Unfortunately, modern economics has become much more dogmatic than the exact sciences. This is partly due to the normative urge of the crouching discourse elites to always be right.

More importantly, the application of infallible dogmas allows international bureaucracy, often aligned with the Bretton Wood institutions or their offshoots, to steer developing economies in the direction desired by developed countries.

Today’s developed countries have traveled a certain socio-economic and political path before arriving at this stage of equilibrium. However, this current dominant position allows their selfish army of economists and institutional academics to establish “ideal rules of economic behavior” for other countries.

Such rules completely ignore the agency of self-determination of developing countries in choosing their own paths.

Nowhere is this more apparent than in the criticism of the use of tariffs by developing countries, particularly India. And what’s worse, the criticisms of India’s efforts towards reindustrialization are mostly without facts.

India is often characterized negatively for the use of import tariffs. The dogmatic view that exists as an indisputable supreme truth in economic commentary is that high fares are bad and low fares are good. What is overlooked is that tariffs are a sovereign policy instrument aimed at specific objectives, for example the development of local manufacturing capacity. However, these oft-repeated claims are not even backed up by fairly readily available data from the World Trade Organization.

Let’s look at the tariffs applied by India. These are the duties actually imposed in a given year by a WTO Member.

The graph above shows that the simple average most-favoured-nation duty applied under the agreed WTO procedures has only increased once in recent times and has since decreased. Similarly, the trade-weighted average tariff is even clearer – India continues to be within the range of 6-8% maintained for several years.

Even this trade-weighted average duty is currently slightly inflated due to the contribution of gold. Gold accounts for nearly 9% of all Indian exports and since 2019 the government has imposed a 12.5% ​​tariff on the commodity. If the overall trade-weighted duty were 7%, excluding gold imports, India’s effective duty rate would be 6.3%. It’s hardly a level that deserves critical comment as it has lately.

The year Indian tariffs increased in 2017 was a turning point for India in two ways. For the first time, India began to consider trade as an instrument of foreign policy – ​​something all Western countries have done since time immemorial. India’s trade deficit with China peaked at $73 billion in 2016-2017.

India took a geopolitical view of the situation and then took specific measures to stop this one-way traffic. The trade deficit with China has since steadily declined, although the Covid-19 years may see some fluctuations from the trend of the three years before the pandemic.

Second, India has started to build its electronics export capabilities. This category accounts for 30% of all global exports – a big opportunity for India. Preachers of free trade dogma never explain why India couldn’t be mobile manufacturing despite low import duties before 2016 and free trade deals of some kind with e-powers from ASEAN, Japan and South Korea.

According to reservation theories, the low tariffs should have spurred Indian industry to become more competitive, especially with a huge domestic market also available.

Nothing like this happened, until the government stepped in to launch the Make in India focus on electronics and mobile. Since then, India has become an exporter of mobile phones. Global companies like HP are starting to manufacture computer hardware in India. Apple and Samsung – two world leaders will manufacture $5 billion worth of mobile phones this year in India. This change occurred with a strategic and calibrated use of tariffs.

Trade barriers go beyond tariffs – non-tariff measures (NTMs) are used by all countries. These are hidden costs for a country’s trading partners.

According to the World Bank’s World Integrated Trade Solution or WITS database on the impact of NTMs, the coverage ratio represents the value of imports subject to NTMs in relation to total imports and the frequency ratio is defined as the percentage marketed products to which one or more NTMs are applied. . The table below outlines these two key metrics for different economies.

Compared to developed countries, India’s NTMs are much lower, both in terms of the number of products to which they apply and the volume of trade. India does not erect unnecessary non-tariff barriers as our trading partners do. But this is hardly ever highlighted in discourses on the relative attractiveness of trade rules.

Developed countries protect their own industry with NTMs erected in the name of the environment, labor and public health. The European Union is erecting border carbon taxes in complete disregard that its constituents – several colonial powers that exploited Asia and Africa to the hilt – are responsible for the stockpile of global emissions from the 1850s to our days.

Trade and foreign policy have always been closely linked. The British used free trade because it suited their colonial business model of monopolizing the world’s raw materials and then shipping finished consumer goods duty-free to their dominions and beyond.

The United States of America, on the other hand, used tariffs to promote industrial growth. The McKinley Act and Smooth Hawley’s protectionist measures are well documented. The view of American industry shifted from pro-tariffs to pro-free trade only after the manufacturing capacity of all their competitors was decimated after World War II.

The UK or the US used anti-tariff approaches to win, but in different ways, without academic debates between right and wrong. India today similarly uses tariffs as an engine for current political imperatives.

Indian commentary must come out of model mindsets, which simply take current discourse from developed countries and apply it as the best theory applicable to contemporary Indian interests. Economic destiny depends on how far we’ve come, and Indian policymakers are working to create a model that works for us. As we learn from the world, we need to be confident enough not to confuse learning with monkeying.

For the first time since independence, India is giving itself a realistic chance to develop a credible, non-protectionist and home-grown manufacturing ecosystem. We may use low fares when they support this end goal. Let dogma guide, not dictate our economic policy.

Nimish Joshi is Director of the Smahi Foundation for Policy and Research. He writes on public policy and governance. The opinions expressed in this article are those of the author and do not represent the position of this publication.

Read all the latest news, breaking news and updates on coronavirus here. 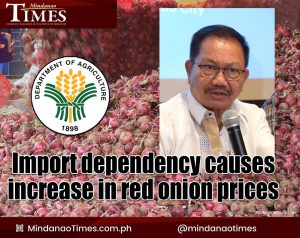